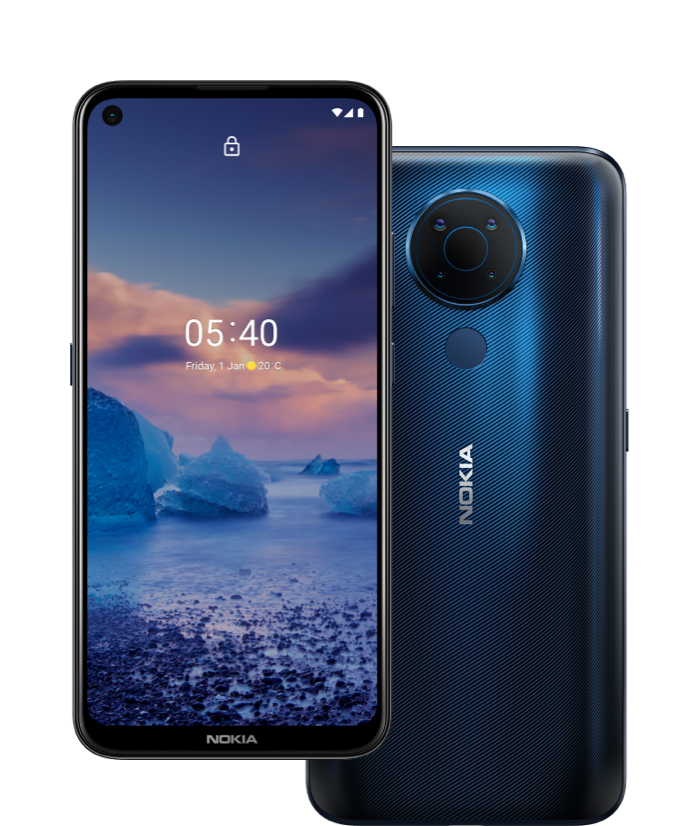 Nokia back again with a mid-range smartphone. HMD Global, as the sole licensee of the Nokia smartphone brand, has finally brought its newest product. Although consumers are always looking forward to the flagship series, what is present is the Nokia 5.4. Physically at least it looks similar, but from the specifications it must be different. What is quite unique, not all of the improvements from the previous Nokia 5.3 series – some have gone up, there are also parts of the specifications that have been lowered. With a price tag that is more or less the same. When other competitors started to bring flagship features such as high refresh rates and large batteries.

However, HMD believes that their release device will still have strong differentiation, through cleaner software, and a number of video features that may be rare for smartphones of the same price range. Can it make it superior to others? Here’s my review after using the Nokia 5.4. 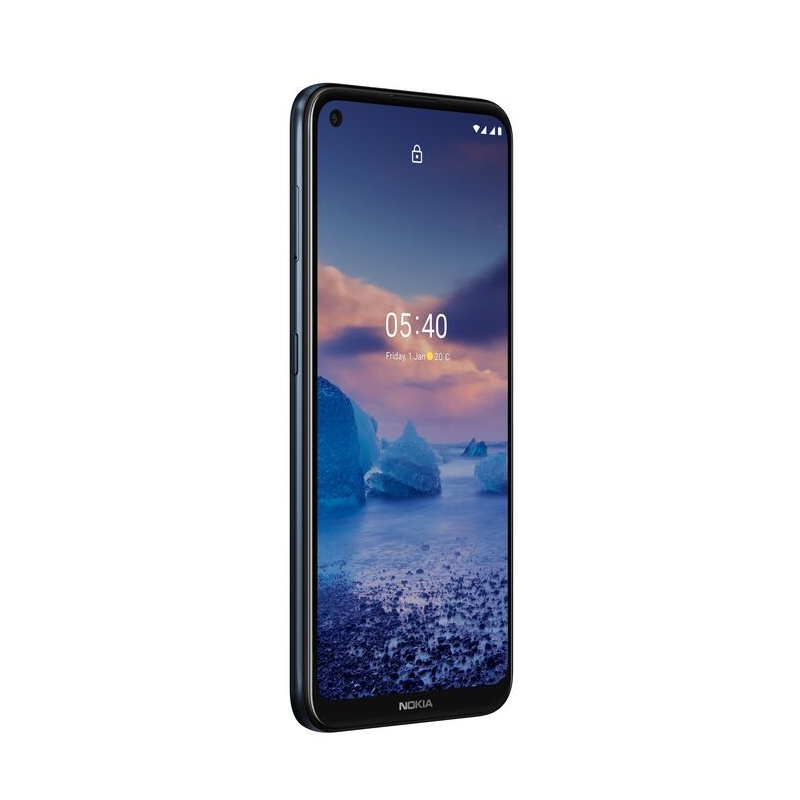 In appearance, combined with the color combination, I think Nokia 5.4 is one of the best-designed smartphones in its class. Although, indeed, the material is ordinary, use polycarbonate plastic on the sides and back.

When it is held .. it does not give the impression of being solid like previous Nokia smartphones, even though when I try to turn it or twist it hard. Its weight is relatively light at 180 grams, with a thickness of 8.7mm. There are two color variants to choose from, namely Dusk and Polar Night as I hold.

They are very attractive colors, change with the reflection of the light, and have a striped texture when viewed up close. It is easy to imprint fingerprints, but also easy to clean. It also feels a little more compact in hands than the Nokia 5.3.

The camera design is also different from other smartphones, reminding me of the old Lumia series. The fingerprint sensor underneath can also be used to slide the notification bar with a swipe gesture. Overall, the color options provided make Nokia 5.4 very attractive to glance at.

When I said “something was lowered” at the beginning of the review, it was on the part of the screen that this mid-range Nokia smartphone carries. By design it looks more modern, because it carries a punch-hole camera that is placed at the top left.

The bezels are a little thick, but the 2.5D curvature makes it less noticeable. Both use an IPS panel, the dimensions are slightly smaller at 6.39 inches, making it more compact. But the resolution has also dropped to HD +, with the refresh rate still the same at 60Hz.

In fact, the Nokia 5.4 screen is pretty good. Color reproduction, brightness to viewing angles are okay (although the contrast is a little less). But when competitors are able to bring AMOLED panels or high refresh rates, in full HD resolution, it feels even more left behind. 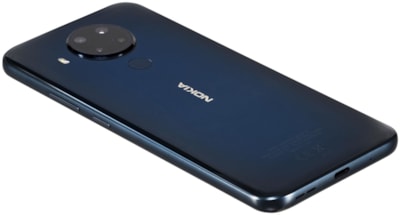 One of the favorites by HMD through Nokia 5.4 is in the camera sector. Haven’t used a ZEISS lens yet, huh. But the size of the main camera sensor resolution is increased, from 13MP to 48MP f / 1.8 which supports PDAF.

While the other three sensors are still exactly the same; 5MP f / 2.2 ultra wide-angle, 2MP macro & 2MP depth sensor. The camera mode is quite complete. In portrait mode, for example, there are five additional bokeh effect options that can be changed to make photos look more attractive.

There is no manual mode for photos in Nokia 5.4, but now there is a “Cinema” mode which allows you to shoot cinematic videos in the wide 21: 9 format. Including changing manual parameters from ISO to bitrate, even though the H-Log format, for advanced editing purposes.

If from the features it feels tempting, unfortunately it doesn’t continue with the photos and videos. The main sensor can only produce quality photos when the light is plentiful, with the HDR mode being less powerful for evening the exposure in a photo.

When used for photos in dark light conditions, the photo will be much smoother. Night mode can help, although not much — on the plus side, it doesn’t turn night into daytime scenarios. What is least for me is its ultra wide sensor.

I even had to go back to check the Nokia 5.3 unit which was still in the office. And indeed, the quality has decreased slightly. Even though I have cleaned the rear camera glass, in some conditions, the photo looks shaded or looks like it’s foggy. The details are also lacking due to the small sensor, so it is only optimal in bright lighting.

The video quality itself is okay, the audio is really good because there is spatial audio support from OZO. It’s just that, the maximum resolution for Nokia 5.4 video recording is at full HD 30 / 60fps without the 4K option. The EIS was not effective in reducing hand shocks. So it’s a good idea to use an additional stabilizer.

Just like the previous generation, Nokia 5.4 is part of the Android One program. That way, absolutely get OS updates within two years and monthly security for up to three years. Unfortunately, it’s still running Android 10 at the moment, with Android 11 promised in the near future.

Since it runs stock Android, there’s not much to explore on this smartphone. You will not be able to find features such as long screen capture, screen recorder to dual applications. But it’s clean and minimal bloatware.

HMD embeds a special button on the left side of the Nokia 5.4 body for instant access to the Google Assistant, which I often use as a reminder or an IoT control shortcut at home.

Meanwhile, to enjoy multimedia content, the mono speaker output sounds loud, even though it’s not the best in quality. I also like the haptic feedback or vibration effect, although it might feel too strong for some people. 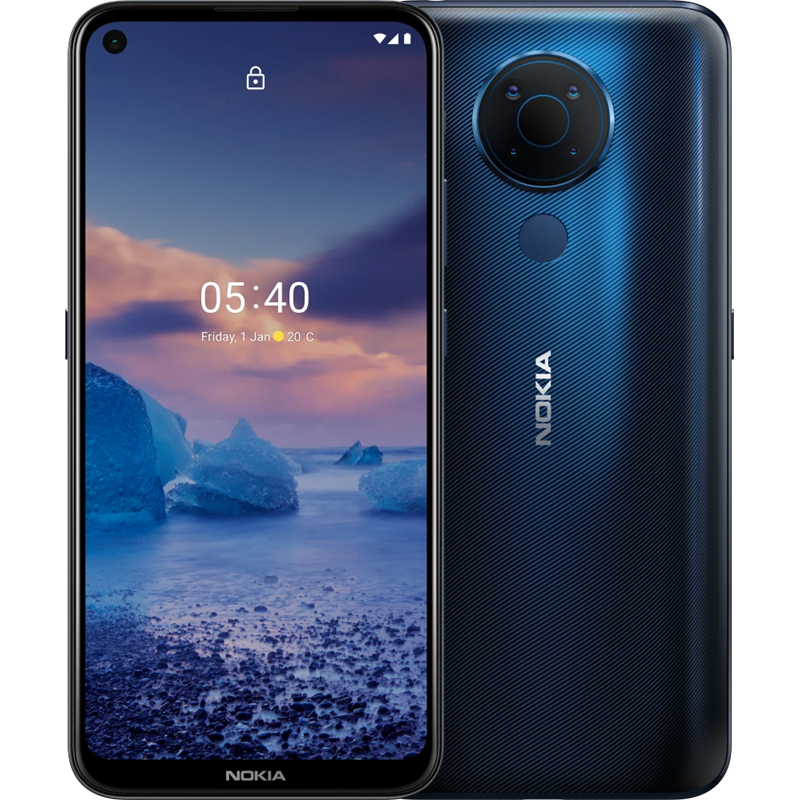 the Snapdragon 662 used in Nokia 5.4 can be said to be present as a refinement of Nokia 5.3’s 665 series. The CPU and GPU architectures are exactly the same, but when we do benchmark testing, the Snapdragon 662 is slightly superior in numbers.

Combined with 6GB RAM and 64GB internal storage, performance is quite preserved. Maybe because it lacks bloatware and uses an HD + 60Hz screen, so it helps lighten the workload of the processor. There is no problem for multitasking.

Every now and then I encounter lag or frame drops, especially when scrolling through the application list, even though it seems like the launcher is less than optimal. Meanwhile, when used to play PUBG, the default graphics are smooth medium, without HD options. So it is not suitable for those of you who want to play heavy games.

HDM claims that this smartphone can be used for up to two days of use, even though its capacity is quite fashionable at 4,000 mAh. For my usage, the maximum is up to 1.5 days in light use. Or a full day for more intensive use, with a screen-on time of 4 – 4.5 hours.

2 thoughts on “Nokia 5.4 : Powerful Features at Low Price with Snapdragon 662, 60Hz and 48 Camera For Photography”